Miguel Leal, of Casa Leal, takes us on an aromatic tour of Portugal’s bursting wine offering.

The stunning country of Portugal has a lot to offer in the way of wine. A small country but offering over 250 native grapes spread over 28 DOC wine regions. Regardless of producing wines since the Roman times and being the world’s 11th largest wine producer there is still much to talk about Portuguese wines. This is a country for adventurous wine lovers looking for different flavours than what is normally available.

The country diversity of grapes and regions can be daring for the ones trying to pronounce their names or to understand the wine provenance. Because I like to simplify, I divide Portugal wines in 4 categories, Atlantic, Mountains, Mediterranean and the Islands Wines.

The cooler influence of all regions closer to the Atlantic coast, such as the Vinho Verde; Bairrada and Lisbon produce fruity, aromatic and aging potential. 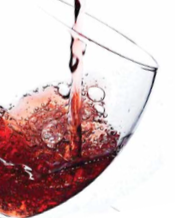 Vinho Verde Region being the most northerly wine region is best known for its Vinho Verde, or ‘green’ wine (unripe grapes) – which should be consumed young. A crisp fruity, easy drinking and low alcohol wine style, often with a gentle fizz and ideal for an aperitif on a warmer day or night due to the natural acidity.

This region is also the birthplace of the Alvarinho grape, producing a complex and rich wine; ideal to pair with seafood and meaty fish dishes. Quinta de Pacos has a long history of 15 generations producing wines and it’s recorded to produce wines that had very good flavours and aromas for the USA Century Celebration in Philadelphia (1876).

The total area of vineyards is 12,000 hectares, divided by about 10,000 plots. We’re talking micro growers in this region. The typical Atlantic climate due to the proximity of the sea, together with the clay-limestone and autochthonous soils, has always contributed to making the Bairrada wines unique.

It was with the red wines made from Baga with great potential of aging that the Bairrada gained recognition. It is a vigorous variety, with small bunches of late-ripening berries. In clayey soils with good sun exposure, Baga is able to mature well and produce deep-colored aroma-concentrated wines that can age in bottles for many years as Vadio producer wines demonstrate.

However, white wines produced from the vine varieties Cercial, Bical and Maria Gomes have been highlighted, Campolargo Cercial was awarded Champion IWC 2014, the biggest horror for a Portuguese white wine. Bairrada pioneered the making of sparkling wines and different styles can be tasted with Campolargo and Vadio producers.

The fresh Atlantic breeze and the rich soil of this hilly landscape means Portugal’s Lisboa region is one of the best for grape growing. With more DOCs that any other region in Portugal, with nine, to offer. The Medieval village of Obidos produces one of the oldest wine brands in Portugal, the Quinta das Cerejeiras Reserva, with the label still unchanged.

Douro is a magical wine region designated an UNESCO World Heritage Site because of its history and for being one of the first DO wine regions in the world. With stunning man-made stone-walled

vine terraces, the region has grown to broader modern terraces following the River Douro from the Spanish border to the Mesa?o Frio.
A mountainous and rocky region, the vineyards grow on poor and schistous soils on steep slopes.

Our Producer Quevedo has a long and rich history of growing grapes and making Port wine that goes back to 1889. His philosophy is to produce good grapes and is expanding the culture to organic in some of his five Quintas. Quevedo grapes originate from different locations, at different altitudes and plants cover a large array of grapes to produce Port wines and table wines. Grapes include: Bastardo, Mourisco tinto, Tinta Barroca, Tinta Cao, Tinta Roriz, Touriga Francesa, Touriga Nacional, Donzelinho branco, Gouveio, Malvesa Fina, Rabigato and Viosinho.

Herdade do Portocarro’s philosophy is to craft wines of indisputable quality. The 18 vineyard benefits from a unique climate, as it is affected by the Atlantic breezes and the heat from the Alentejo plains. Its owner and winemaker, Jose? da Mota Capita?o, inspired by the principles of biodynamic viticulture, is recovering extinct indigenous grapes as well as experimenting with the classic Portuguese varieties, producing wines of outstanding character, balance and grace.

Nominated in 2015 and awarded in 2016 “Portuguese Wine Producer of the Year” by the highly respected Portuguese wine magazine “Wine – Essencia do Vinho”, Herdade do Porto carro winery is always rated among the top wine producers in Portugal.

The Alentejo region covers one third of Portugal. This Mediterranean climate region is suitable for the grow of the Aragonez (Tempranillo), the most planted grape and Alfrocheiro, Castela?o and Trincadeira grapes. International red grapes have established well in the region such as Alicante Bouschet, Syrah and Cabernet Sauvignon.

The white local Anta?o Vaz grape, with thick skin has good acidity and tropical fruit flavours and produces top quality white wines especially the barrel-fermented ones. Hobby Antao Vaz is a good example. Arinto, Roupeiro and Perrum are also used in the blends of the regional white wines.

The region produces not only easy drinking wines, but also fine wines, especially in the red category. The classic wines of Alentejo are fruity and rich that are considered very easy drinking and smooth, similar to ‘New World’ style of wines that taste of sun ripened grapes. Islands Wines

The most famous wine comes from Madeira and is produced in a variety of styles from dry wines which can be consumed on their own as an aperitif to sweet wines usually consumed with dessert. We see mineral dry whites emerging from the volcanic Pico island in the Acores so this is a region to look at for new wines from Portugal.