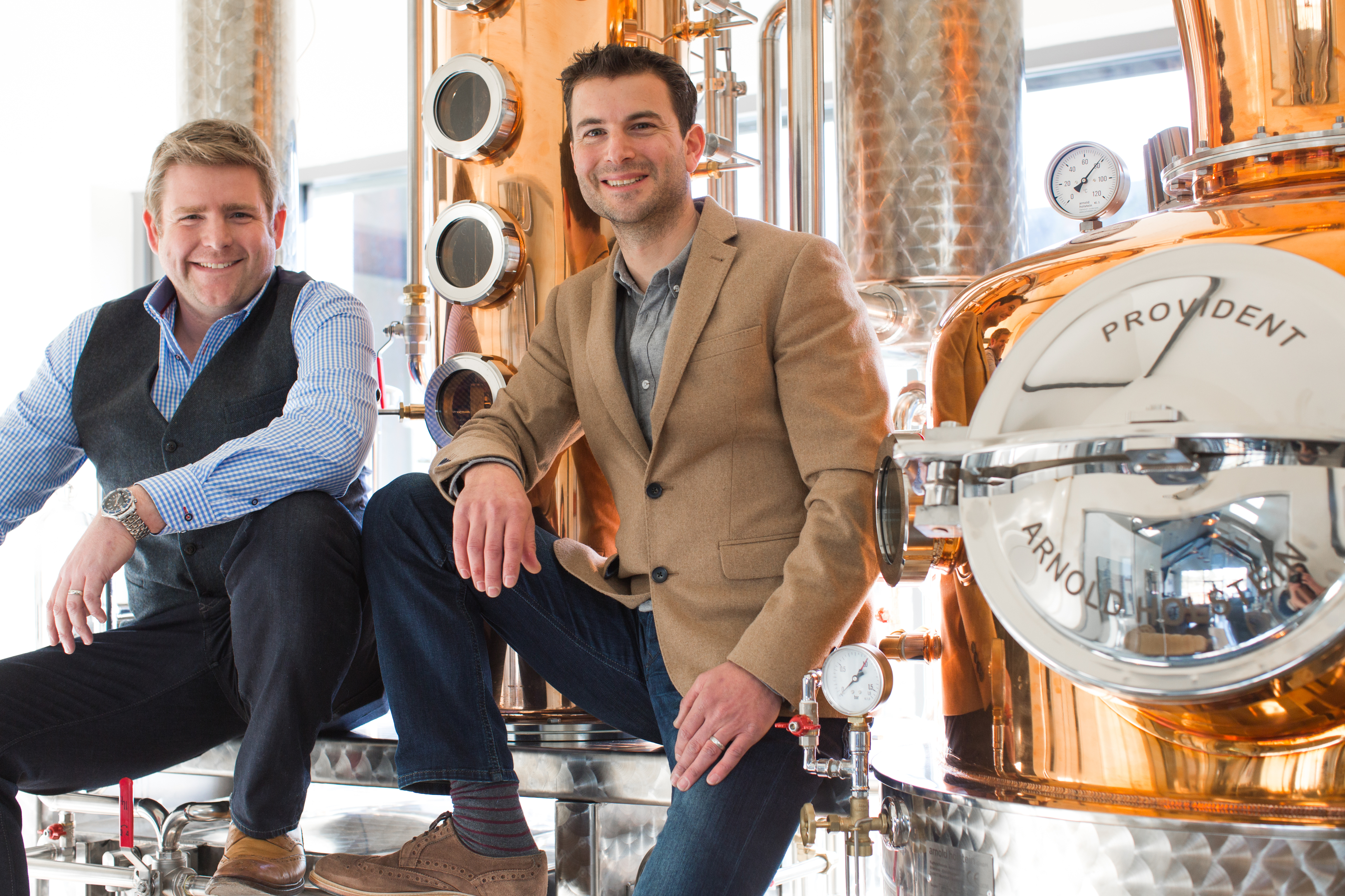 There were high spirits on Friday evening at the Moorland Garden Hotel as Salcombe Distilling Co. was named Devon Chamber of Commerce’s ‘Small Business of the Year’.  This latest win adds to the plethora of international and regional awards achieved since trading began in July 2016.

Salcombe Distilling Co. has grown at an unprecedented rate and enjoyed phenomenal success with its super premium Salcombe Gin.  In 2017, Salcombe Gin ‘Start Point’ was awarded a Double Gold at The San Francisco World Spirits Competition, Gold at The World Gin Awards and 3 stars at The Great Taste Awards.  This was followed by being named Best Producer at the Food Drink Devon Awards and Best Drinks Product at the Devon Life Food & Drink Awards.

Commenting on this latest achievement, co-founder of Salcombe Gin, Angus Lugsdin, says: “It’s fantastic to be recognised in such a way by the Devon Chamber of Commerce.  Winning the ‘Small Business of the Year’ award means a huge amount to myself, my fellow co-founder Howard and the rest of the Salcombe Distilling Co. team.  Since launching in July 2016, it has been a bit of a rocket!” He continues: “It’s great to be part of the Devon business community.  We have so much to offer as a region and look forward, alongside the other exceptional businesses in the county, to seeing more growth internationally taking the Devon brand to a worldwide audience.”

Bottles of the now internationally acclaimed Salcombe Gin ‘Start Point’ have been flying off the shelves in high profile stores such as Harrods, Selfridges and Fortnum & Mason and has become the gin of choice in leading bars.

Salcombe Distilling Co. has also gained huge recognition for its Gin School where you can learn about distillation and take charge of a mini copper still to develop and distil your very own 70cl bottle of gin In addition, this innovative and entrepreneurial business launched a gin delivery service which was recently named one of the world’s best luxury yacht delivery services by Boat International.

Salcombe Gin is produced in South Devon by Salcombe Distilling Co.  For more information visit www.salcombegin.com, email ilovegin@salcombegin.com or call 01548 288180. To keep up to date with the latest news follow @SalcombeGin on Twitter and ‘like’ SalcombeGin on Facebook.