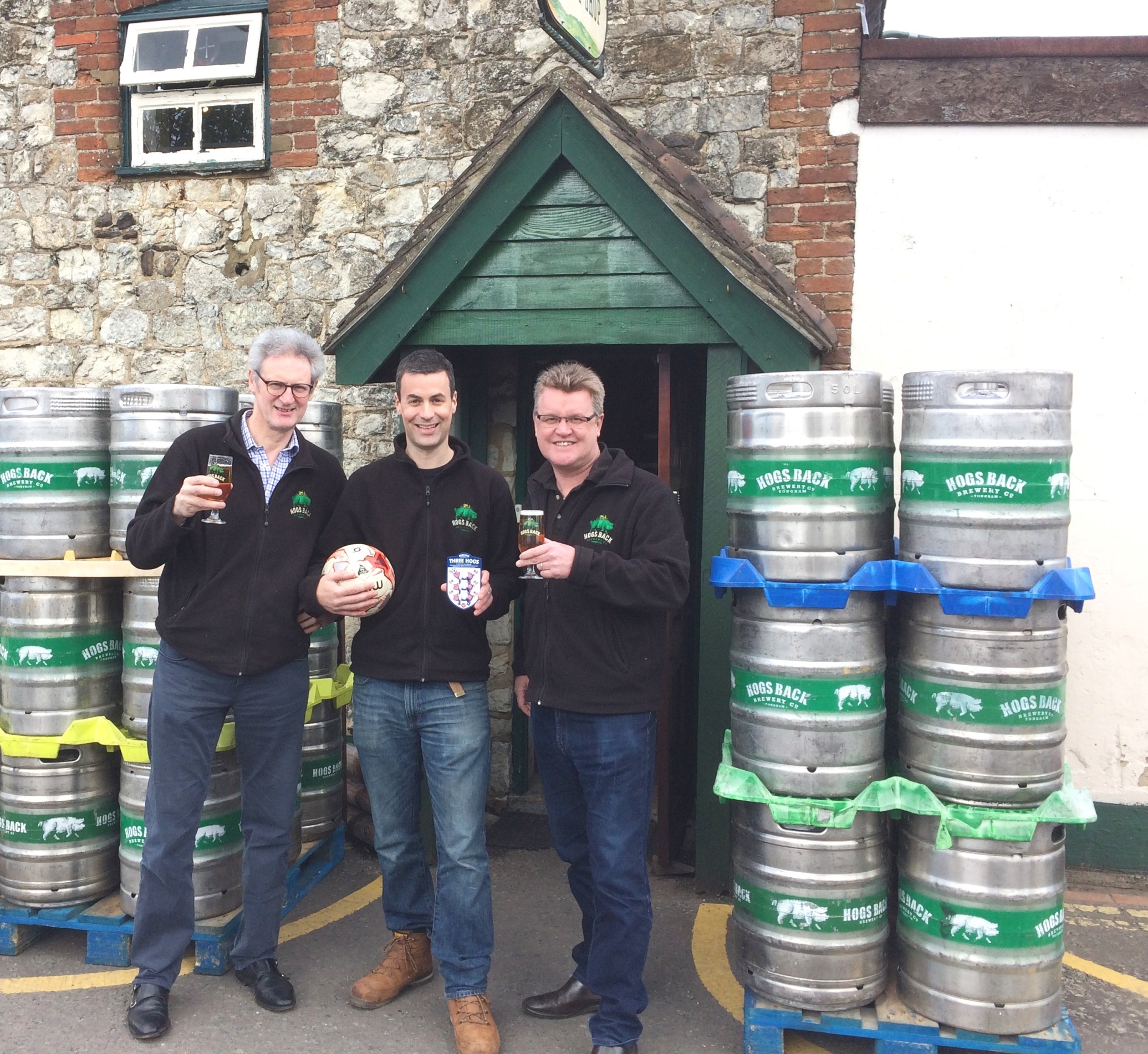 Surrey-based Hogs Back Brewery is supporting the England football team’s bid for World Cup glory this summer with a specially-brewed cask ale. Three Hogs will be available throughout June, with the offer of a free pint if the team reaches the finals of the FIFA tournament in July.

Three Hogs is, fittingly, a typically English golden ale; 4% ABV, brewed with locally grown Fuggles hops, among others, and a selection of English malts. The pump clip shows three Hogs Back hogs and describes the ale as “a beer of two halves: refreshingly hoppy up front, followed by a balancing bitterness and a hint of sweetness to finish”.

Hogs Back Brewery managing director Rupert Thompson said, “The World Cup is going to be on TV screens in thousands of pubs, with crowds of supporters rooting for England.  A pint of refreshing, easy-drinking English ale specially brewed for the occasion will be the perfect drink to celebrate the team’s victories or commiserate over its losses.

“Supporting England can be a bittersweet experience, just like our beer, so we expect the pump clip to raise a few smiles in pubs selling Three Hogs. And while we’d of course love to see our boys progress all the way to the final in Moscow, experience suggests that publicans should put our football-themed beer on the bar for the group stage and quarter finals rather than waiting for the later matches.”

If Southgate’s squad manage to defy the odds and reach the final, Hogs Back is offering a free pint of ale to any customer who visits the Brewery Shop in Tongham on Saturday 14 July to stock up for the final on the Sunday.