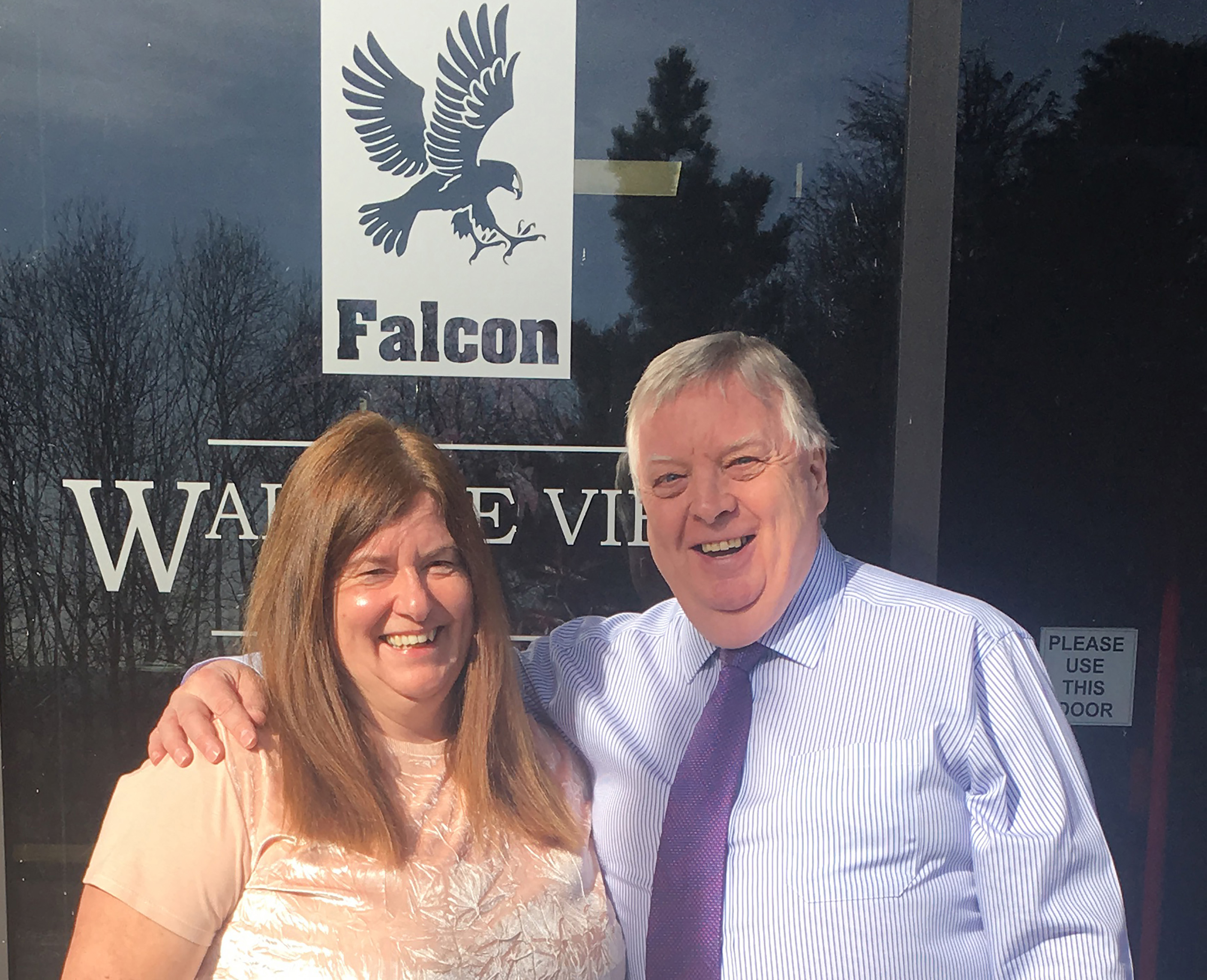 Finance director started as a trainee in 1967; Karen Wallace takes over the hot seat. Not many people last over 50 years with one company.  William Scott is Falcon Foodservice Equipment’s finance director.  He first joined the company in 1967 and, apart from a six month sabbatical in 1972-73, has been with there ever since.  But now it’s time to retire.  You can bet he’s seen some changes in half a century.

“Actually, the most popular Falcon product is the same now as it was in ’67,” he says. “The six burner range.  On the other hand, its design has changed dramatically.  Back in ’67 it was made in our foundry, of cast iron.  It was a big, heavy model that would go into kitchens that only the chef and his brigade ever saw.  Nowadays it’ll be bright stainless steel and will be designed to be seen by diners as well as staff.”

William well remembers the initial move from back of house to theatre style cooking and front of house kitchens.  It was in the mid-1980s and Falcon played a pivotal role with the launch of the 350 Series.  “It was a very attractive design, perfect for front of house,” he says.  It was a radical product in every way – including how Falcon sold it to distributors.  “We developed a discount structure to celebrate the launch which gave distributors a sliding scale, depending on the level of service they offered customers,” he says.  “We’d do an audit, for example on their stock of spare parts, and base the discount on that.  The scheme, like the 350 Series, was really popular and generated a huge amount of sales in a very short time.”

In 1967 the Scottish Central Belt was full of foundries working cast iron.  Young adults had a choice of jobs: the foundry, or down the pit.  “Believe it or not, the ones who wanted the easy life went down the pit,” says William.  “The foundry was really tough work.”

One of the saddest periods was the closing of the foundries, and the laying off of so many men.  “We worked really hard to keep the Falcon foundry operating – most of the others shut in the 70s and 80s, but we kept going till 2000, by diversifying into components for, for example, retro Victorian domestic fireplaces.

“I remember the shop steward, Paddy McGurk, a big bloke in every sense, coming to see me when we finally closed it down.  He said, “It’s your fault for giving us all those pay rises.”  He knew we’d done our best.  Luckily we made hardly anyone redundant, the reduction in labour force was achieved through natural wastage.”

The biggest change he’s seen in the last 50 years?  “Computers and mechanisation.  It’s good and bad.  The factory used to be full of people, now so much is automated.  On the other hand, in the early days those of us in the finance department would have to work for months, often at weekends, in the run up to the financial year end.  With computers it’s done and dusted in a week.”

One thing that’s really pleasing to William as he prepares to retire is the person taking over as finance director.  “Karen Wallace has worked with me for 25 years.  She’s hugely experienced, she’s a very smart operator and she’s a thoroughly good person.  I’m delighted for her and for Falcon.”

Retirement will be a bit of a shock.  “I’ve been working five days a week, right to the end,” says William.  But he has plenty of interests to pursue – including travelling (starting with the West Coast of America) and watching football (Falkirk, Stenhousemuir, Stirling and Hibs to name but a few).

“Falcon has been a huge part of my life and I’m proud to have worked here.  If you ask our customers you’ll find they have a huge desire and respect for the company’s products – that’s as true now as it was back in ‘67.  Of course, it’s the people that make a company what it is.  And this is a really good company.”