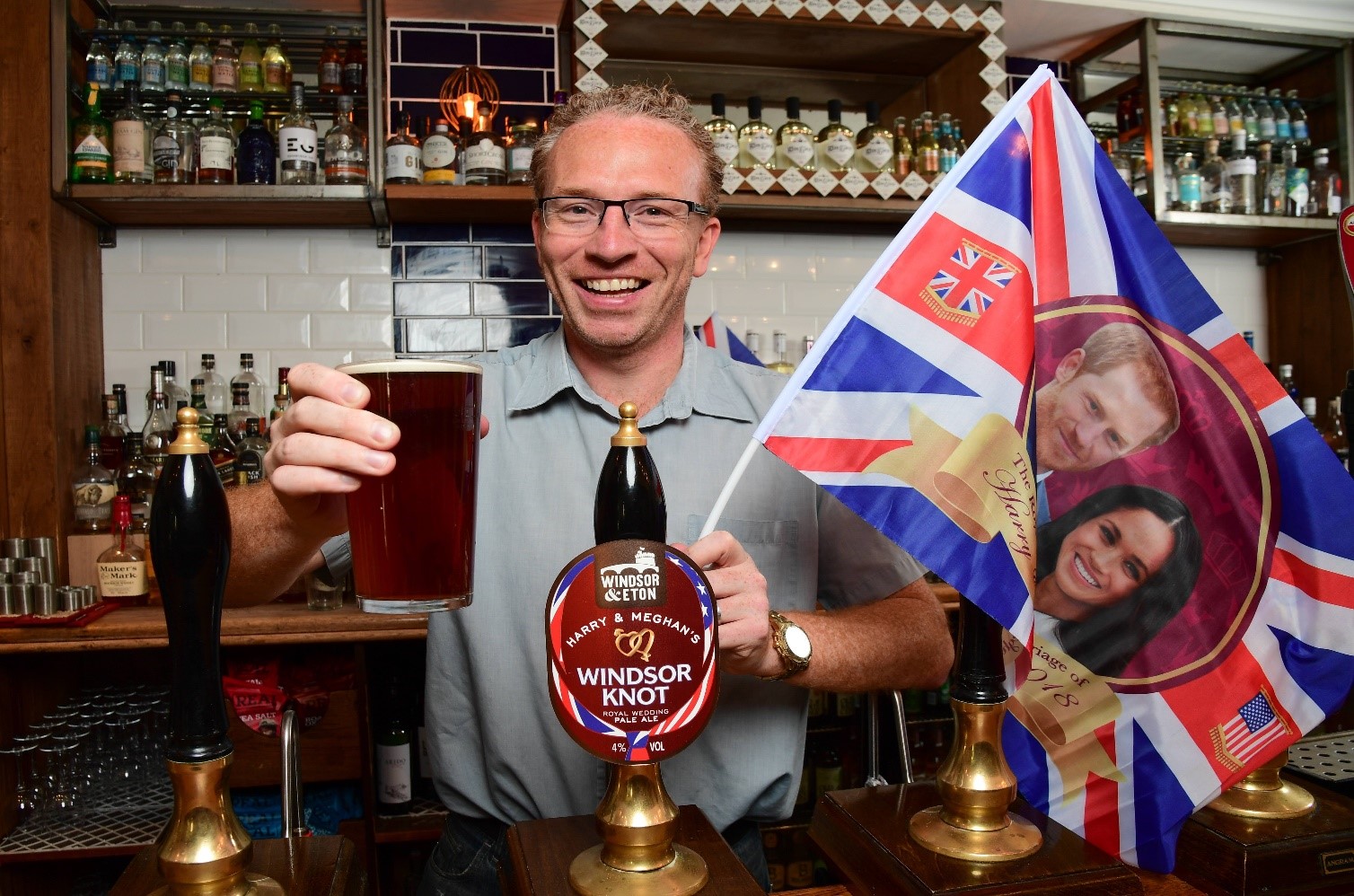 Pub bosses up and down the country, are anticipating the busiest day of the year in what is being dubbed ‘Super Saturday,’ as punters are expected to head to their local pubs in droves and celebrate the Royal Wedding and the FA Cup Final.

Star Pubs & Bars predict more than 1,000 pints a second will be poured on Saturday 19th May, as drinkers celebrate the perfect pairing of Harry and Meghan’s wedding and the FA Cup Final between Manchester United and Chelsea.

It’s anticipated that over 50m pints of beer will be sold in one day, along with a huge spike in demand for British made ciders such as Bulmers and English sparkling wines .

Of the 2,900 Star Pubs & Bars across the country, measures will be put in place to maximise enjoyment and avoid congestion for the big day, with more bar staff, glassware, seating  and big screens. While the Queen Charlotte in Windsor, will be opening their doors to royal fans from 7am serving hearty British breakfasts and will be doubling staff numbers on the big day.

Brits will also be able to celebrate late in to the evening thanks to the Home Office-approved extended hours. With broadcast coverage of the Royal Wedding starting from as early 9.30am, patriotic punters are expected to head to their locals earlier than normal to grab a front row seat.

Lawson Mountstevens, managing director of Star Pubs & Bars explains; “We are helping our pubs ready for the biggest party of the year. Pubs have always held pride of place for national celebrations like Royal weddings and great sporting events for Brits. We predict it will be the busiest day of the year as people flock to their local on 19 May.”

One landlord in Windsor, John Perry of the Queen Charlotte on Church Lane, is expecting a bumper Saturday as people flock to the town to celebrate the royal wedding. “We’re preparing for the biggest day of 2018 – even if the British weather doesn’t cooperate, ”says John. “We’ve had interest from all over the world and are booked out for meals. Our regulars were the first to reserve spaces but we’ve got people coming from as far away as Australia and America. We’ll be switching over to watch the FA Cup Final at 5pm, it’s going to be full on, all day.”

In anticipation of the big day, John is doubling his staff and opening from 7am to serve breakfast to those arriving to enjoy the pre-wedding excitement and catch a glimpse of the couple and their guests.  “Harry is a very popular Royal and we’re all really excited. We’re decorating the pub like a wedding breakfast and shipping in big screens to show the ceremony and build-up live. We want to make being at the Queen Charlotte the next best thing to attending the wedding itself.” To mark the occasion and help customers toast the newlyweds in style, John has produced a special Gin&Er gin and is stocking Windsor Brewery’s Windsor Knot beer.