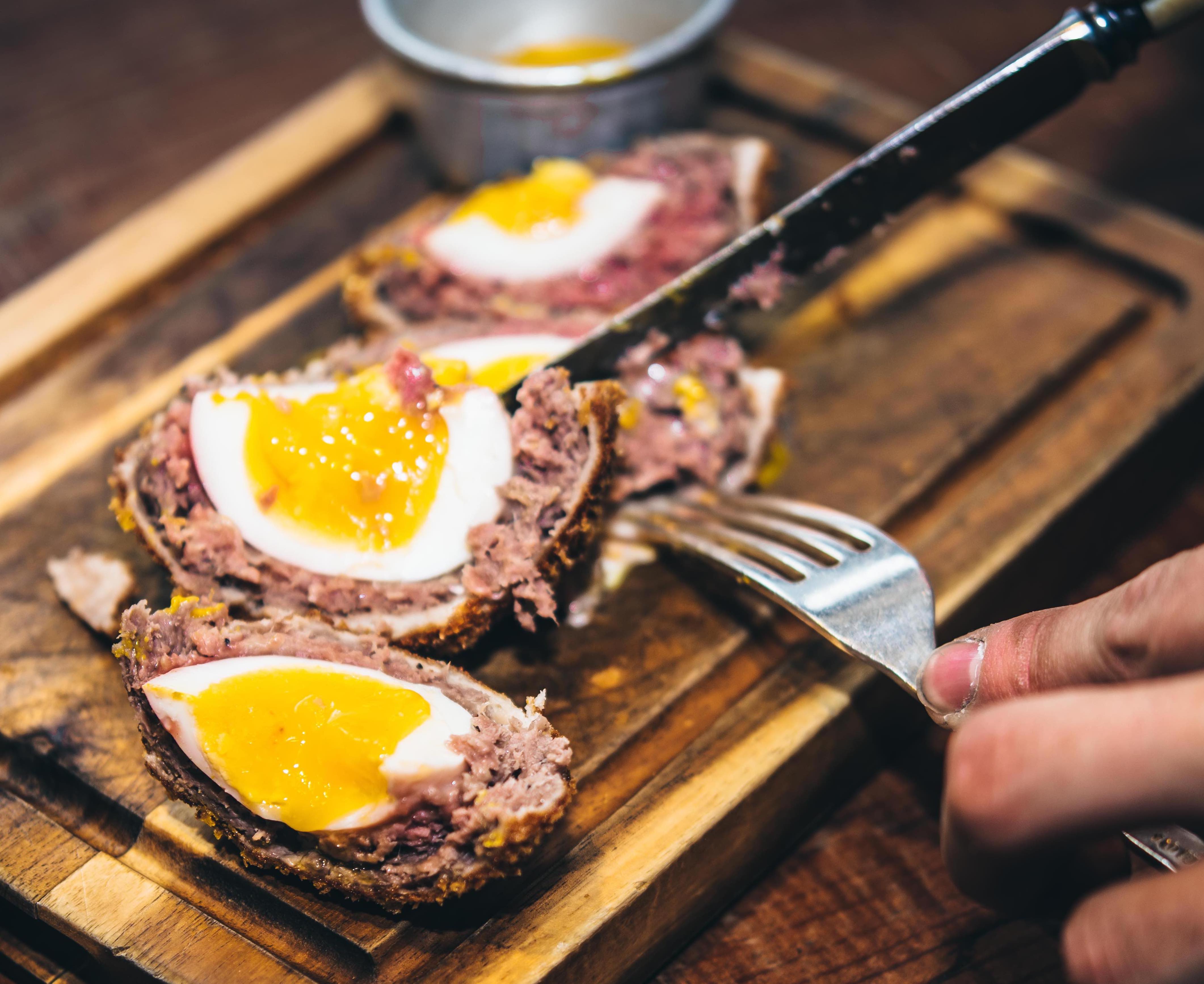 Mac & Wild head home to the Highlands to take over the ‘Harrods of the North’ with their third restaurant.

London’s favourite Scottish restaurant Mac & Wild announce the launch of their third restaurant at the Falls of Shin in Scotland, opening late June 2018. Taking Mac & Wild back to its Highland roots, founders Andy Waugh and Calum Mackinnon are delighted to announce they have taken over the site at the Falls of Shin visitor centre, once known as the ‘Harrods of the North’. The latest venture sees Mac & Wild venture back to the heart and soul of the Highlands, where their story first began, continuing to showcase the best of Scottish produce and suppliers.

Each supplier to the new restaurant will be handpicked to support the local community, while guaranteeing extreme traceability and provenance of all the meat, fish and vegetables on offer. As in their London restaurants, Mac & Wild at Falls of Shin will predominantly serve meat sourced and butchered with care by Andy’s family’s game-butchering business, Ardgay Game, which has been in existence for over 30 years and is located just six miles away from the new site.

Located on the River Shin, The Falls of Shin is one of Northern Scotland’s wonders and most popular tourist attractions, where in the summer months’ visitors can witness salmon leaping from the falls and roam the rocky banks of the River Shin. The visitor centre, previously owned by former Harrods owner Mohamed Al-Fayed, will now offer visitors and locals true Scottish fayre.

Mac & Wild at Falls of Shin will feature a 50-cover restaurant, a pavilion with outside seating (x 60 outside covers), a gift shop, and an exciting schedule of Mac & Wild experiences. Throughout the year, Mac & Wild will host foraging walks and talks, haggis-making masterclasses, whisky masterclasses and meet the maker masterclasses, where guests can meet Mac & Wild’s producers and suppliers, while learning about the provenance of the produce. Later in the year Mac & Wild plan to introduce additional workshops and immersive experiences; with the likes of sheep shearing sessions and curing classes on the agenda.

The menu in the restaurant (due to open late-June 2018), will feature a selection of Mac & Wild’s signature dishes such as their award winning Veni-Moo Burger (voted London’s and UK’s Best Burger 2016), Haggis Pops, Venison Sunday roasts and Deep-Fried Mars Bar Sundae. The new menu will focus on seasonal Scottish produce available throughout the year from local farmers and fisherman with dishes including; Beef, Venison or Pork flatbread, filled with Homemade Scottish Slaw, Red Pepper Miso, Salsa Verde, Picked, Chilli and Herbs, Venison and Pork Sausage Rolls, as well as a selection of homemade salads and soups throughout the day. Diners can tuck into breakfast dishes such Eggs and Avocado, Scottish Oats and a traditional Full Scottish Breakfast featuring Bacon, Tattie Scone, Venison Sausage, Black Pudding, Mushrooms, Lorne Sausage, Eggs and Bone Marrow Beans, offering both Scots and visitors alike, a true taste of the Highlands.

The latest venture is truly a homecoming for Mac & Wild and will provide a real hub for the local community, creating 20 new jobs and, bringing a large amount of footfall to the area. Alongside the restaurant, Mac & Wild will serve hot and cold drinks, ice creams and a selection of street food dishes within the pavilion; while the shop at Falls of Shin will stock and support local brands and producers selling an array of edible treats and artisan products.

Mac & Wild began its journey as a Scottish street food sensation, serving up one of Scotland’s finest exports to Londoners. From a market stall on Whitecross Street, to a pop-up on Charlotte Street, Mac & Wild opened their first permanent restaurant in London’s Fitzrovia on Great Titchfield Street in September 2015. Since launching, Mac & Wild has continued to champion and celebrate Scottish produce and personality. Mac & Wild have won ‘Street Food of the Year’ at The Young British Foodies Awards, Best Signature Burger at the National Burger Awards 2016, were named by The Evening Standard as one of the top five places to eat game in London and the Veni-Moo burger was awarded UK’s Best Burger 2016. Mac & Wild now have two permanent restaurants in Central London – Mac & Wild Fitzrovia, located in the heart of London’s West End, and Mac & Wild Devonshire Square, just a stone’s throw from London Liverpool Street station.

What Andy Waugh (Co-Founder of Mac & Wild) says of the latest project: ‘Falls of Shin is an incredibly exciting project for us at Mac & Wild and offers us the opportunity to work even more closely with our producers and the ingredients growing on the doorstep. At Falls of Shin the seasons will dictate what is available to us at the restaurant and we will continually pickle, ferment, dehydrate and cure ingredients to make the most of the best produce while it is in season.’

Pete Campbell, Chairperson Kyle of Sutherland Development Trust said ‘We are delighted to welcome local lad Andy Waugh along with Calum Mackinnon and their award-winning Mac & Wild team to Falls of Shin. We were very impressed with the brand they have established and the traceability they showcase around their food and drink offering. This will be an exciting time for the local community and visitors alike and we wish them every success in their new venture.’