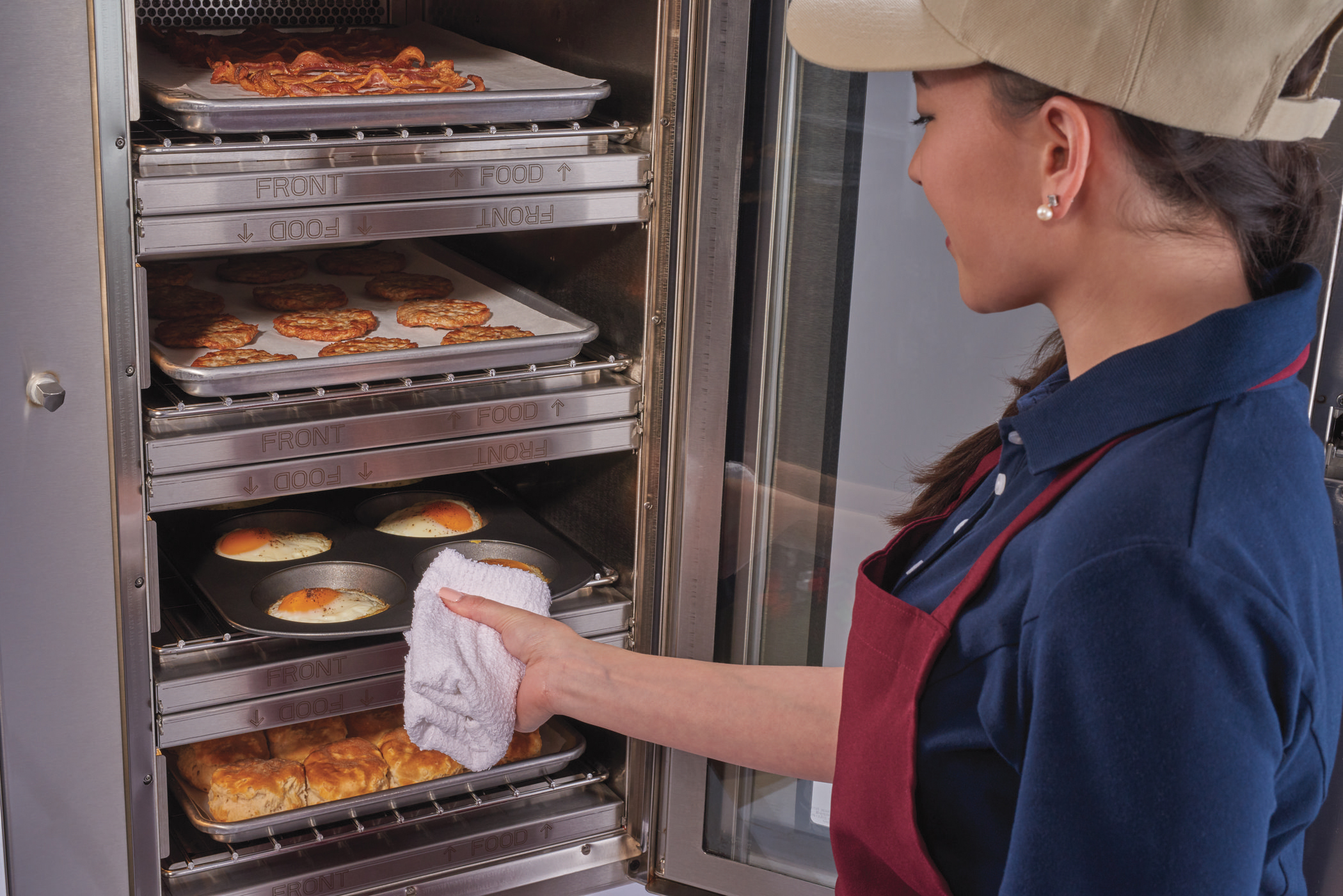 The Vector is a whole new concept in oven technology – and it will be officially launched at Commercial Kitchen 2018 on the FEM stand, C17.

The Vector is a multi-compartment oven that allows chefs to cook several different foods at the same time.  Each compartment has its own temperature and timer controls, bringing a new level of cooking versatility to commercial kitchens.

The Vector is also super-fast, thanks to a new technology, called Structured Air, which has been developed by manufacturer Alto-Shaam. It delivers a high velocity, vertical airflow from the bottom and top of each oven chamber, producing completely even temperature control and faster cooking times. The vertical airflow has the added benefit that when the door is opened, very little heat escapes.

The Vector is very simple to operate, using the programmable touchpad. The consistency of the temperature control means there’s no need to monitor or check during cooking, and the oven produces superb results.

FEM will show the top-of-the-range four-chamber model, the Vector VMC-H4H, and company representatives will be able to take visitors through its ground-breaking technologies. Visitors will be able to sign up for cooking demonstrations with the new oven.

Vector ovens are also available in two- and three-chamber models. The full range is available through FEM’s nationwide dealer network.