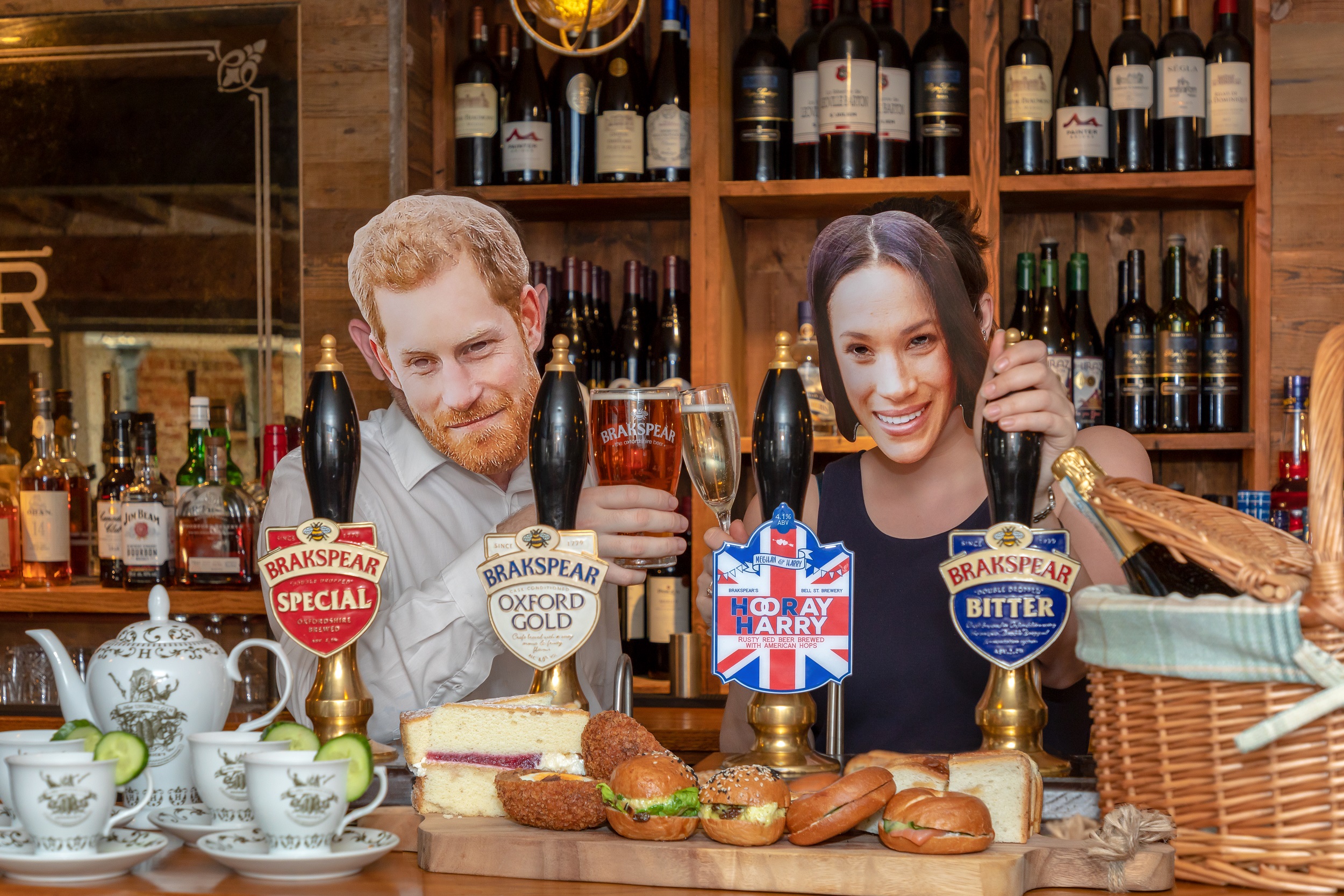 Pub operator and brewer Brakspear is launching a range of Royal Wedding offers aimed at attracting people to visit its pubs in the run up to and on the day of this national celebration.

The company’s 11 managed pubs, along with a number of its tenanted and leased sites, will be serving Hooray Harry, a commemorative beer inspired by the royal groom.

The limited edition ale, which is available exclusively in Brakspear pubs, is brewed at Brakspear’s Bell Street Brewery in Henley-on-Thames, Oxfordshire. The 4.1% ABV easy drinking ale is a marriage of British and American hops and has, appropriately, a ‘rusty red’ colour.

Brakspear chief executive Tom Davies said: “We wanted to mark this special occasion with a beer that offers all the traditional British-ness of a Royal Wedding, as well as a nod to Ms Markle’s American heritage.  We think Hooray Harry combines these elements perfectly and, like its royal namesake, has plenty of character.”

The beer’s distinctive pump clip describes Hooray Harry as a ‘rusty red beer brewed with American hops’, with a Union Jack background dotted with bunting, hearts and a lovebird.

Davies added: “We’re not aware of any other beers named specifically after the Royal groom, so we have put aside a firkin for Prince Harry to enjoy on his stag do, or at the wedding itself. And as Windsor is just down the road from Henley, we’re happy to drop it off as part of our delivery run.”

From 1st– 19th May, the company’s 11 managed pubs will be offering ‘Harry’s Hampers’ and wedding inspired cocktails.

Customers will be able to toast the royal couple with quintessentially British Hendrick’s gin teapot cocktails called the ‘Wedding Cake’ and ‘The Ginger Prince’ – which is crafted with gin, fresh lime juice, raspberry jam and ginger beer.

The managed pubs are also inviting couples getting married on the same day as Prince Harry and Meghan Markle to toast their nuptials at their venues – offering five complimentary bottles of fizz per pub to the first couples to get in touch with them. Couples will have to bring in their marriage certificate to the pub to claim their free fizz.

The pubs are also hosting ‘Right Royal Toast’ parties on Friday, 18 May, offering ‘Markle’s Sparkle’ prosecco, British and American themed food specials and live music featuring covers from British and American bands. Customers will also be able to watch the Royal Wedding coverage on screens in the pubs on 19 May.

Davies said: “We are excited to be launching a raft of Royal Wedding activities to help ensure our pubs maximise the big trading opportunity around this national celebration. We are really proud of the wedding inspired food and drink offers we have created.”

He added: “The 19th May is a special day not only for the royal couple but for the many couples local to our pubs who are also tying the knot on this day. As our pubs are positioned at the heart of their communities we felt it was important to help local couples toast their future happiness too.”