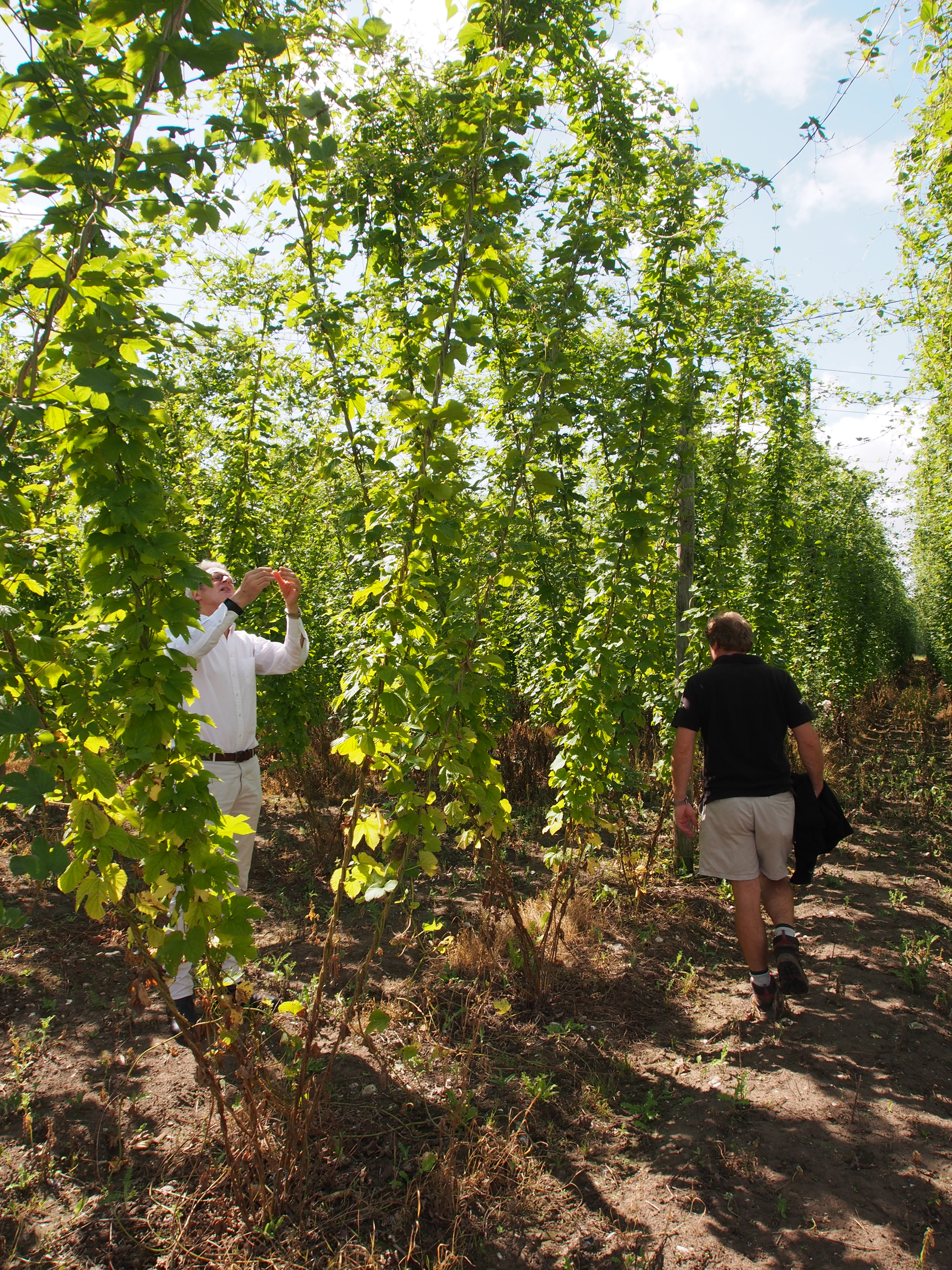 Hop to it! Is that pint home-grown?

Let’s start with the basics – hops are one of the four essential ingredients of beer, along with water, malted grain and yeast. They’re a flowering plant, sort of a second cousin to cannabis, and the oils in the flowers add flavour and aroma to beer, as well as having an antibacterial and preservative effect that keeps the beer fresh. In short, they’re little miracles.

The UK grows more than 30 hop varieties commercially, with new ones coming on stream all the time. This is in part due to the sterling work of Dr Peter Darby, who heads up Wye Hops, a subsidiary of the British Hop Association (BHA) which undertakes research and has a cross-breeding programme to develop new hop varieties. 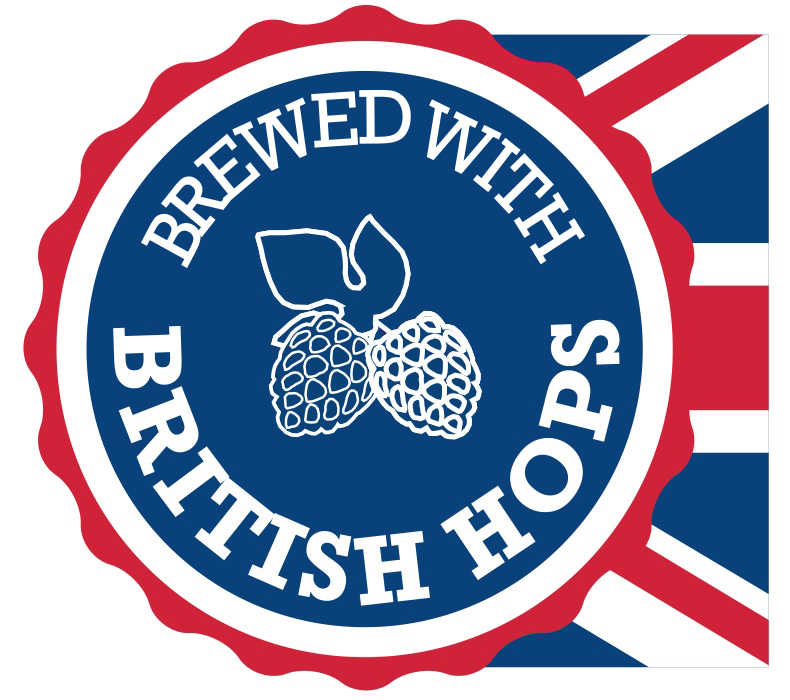 Why, you may well ask, do we need new varieties at all?  Good question. The great strength of British hops has traditionally been the earthy pepper and spice notes delivered by varieties such as Goldings and Fuggles. However, with the huge boom in popularity of IPA style beers driven by the craft beer movement, the citrus flavours of hops grown by the US, New Zealand and elsewhere have been more in vogue.

At the recent ‘Hop Tales and Hop Tails’ event in London organised by Hogs Back Brewery to celebrate British Hops, Ali Capper, a director of the British Hop Association as well as a hoped grower made a plea for craft brewers to use more home-grown varieties, this was echoed by Roger Protz, the outgoing editor of CAMRA’s Good Beer Guide, who had some harsh words for brewers who proclaim their local credentials “and then there are no British hops in the beer.”

Hogs Back is one of the few brewers to run its own hop garden where as well as reviving the near-extinct Farnham White Bine hop, it grown varieties including Fuggles, which are used in its flagship TEA brand.

Licensees can help support home hop growers by looking for beers displaying the BHA’s ‘brewed with British hops’ logo, or even downloading the logo from www.britishhops.org.uk to display on pump clips.

No one is arguing for a ban on global beer styles – just that many consumers like to know the true provenance of the ingredients in their beer. Interestingly, I learnt recently that Hogs Back Brewery managing director Rupert and Iron Maiden frontman Brice Dickenson were contemporaries at school.

Dickenson spoke at the recent British Beer & Pub Association Awards about Hallowed, the latest collaboration beer between the band and Robinson’s Brewery. Hallowed is a 6% ABV Belgian-style beer, and definitely a great match served with hearty stews and roasts this winter.

Also well worth seeking out, from Stone Brewing’s recently opened Berlin brewery comes Stone White Ghost Berliner Weisse, a 4.7% take on the classic German beer style known by Napoleon’s troops as the “Champagne of the North, and distributed in the UK in cans and keg by James Clay.  A great European beer that wears its heritage proudly.