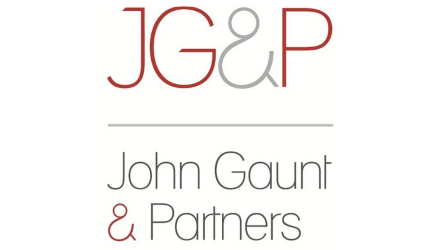 Customer Care – A toad or a prince?

Customer care is a phrase often espoused by leisure industry leaders as a cornerstone of their business.

Increasingly the customer sees a night out as a holistic experience with each separate aspect having equal worth. The food and drinks can be extraordinary, but if the service does not match their expectations, lengthy diatribes can follow on a number of social media platforms.

In addition to focusing on the service of food and drinks a number of new initiatives are springing up around the country giving a different and potentially more serious meaning to the term ‘customer care’.

“Ask for Angela” is a scheme which has been promoted by a number of authorities. The scheme which originated with Lincolnshire County Course has since gone viral with celebrity endorsements from Ashton Kutcher, amongst others. The Metropolitan Police launched the scheme in London in March 2017 and have seen considerable interest from bars in the capital.

Part of the #NOMORE campaign, the scheme encourages people to discreetly ask for help by approaching a member of staff and “Asking for Angela”. The expectation is that staff recognise the code phrase and will know you need help getting out of a situation in which you find yourself.

Unwanted and/or inappropriate attention from strangers in bars has sadly been a reality, possibly since the dawn of the pub. With the advent of online dating, an increase in what are essentially blind dates has followed where meetings are agreed to on the basis on an unverified public profile. Sometimes these meetings can lead to great friendships, meaningful relationships or simply an amusing anecdote; however in some cases they can lead to a harrowing or dangerous encounter.

The scheme recognises both the rise of this danger to members of the public and the developing relationship between the business and their customers.

We asked Christopher Grunert, a partner with the leading licensing law firm John Gaunt & Partners, on his views of the scheme:

“Businesses are increasingly interested in their customers’ lives and now interact with them in a range of ways which they did not previously. The distinct circles of the customer’s private life and the businesses which they patronise are increasingly overlapping, leading to a new form of online friendship.

Businesses take a greater interest than ever in the welfare of their customers and the provision of a safe environment is a natural progression. As well as considering whether the premises are physically safe with matters such as fire plans, operators want to know that customers feel safe from all threats.

This is a simple scheme which enables members of the public to seek help if they are feeling vulnerable, by allowing them to raise their concerns with staff. It has been enthusiastically adopted by the trade wherever it has launched which is a further sign of how the trade are quick to support responsible initiatives, such as this.  Some of the options available to staff include offering to call a taxi for the customer; contacting their friends or family; or requesting that the person causing the distress leaves the venue. Although simple and easy to implement the impact could be enormous if it prevents even one incident of sexual violence….”