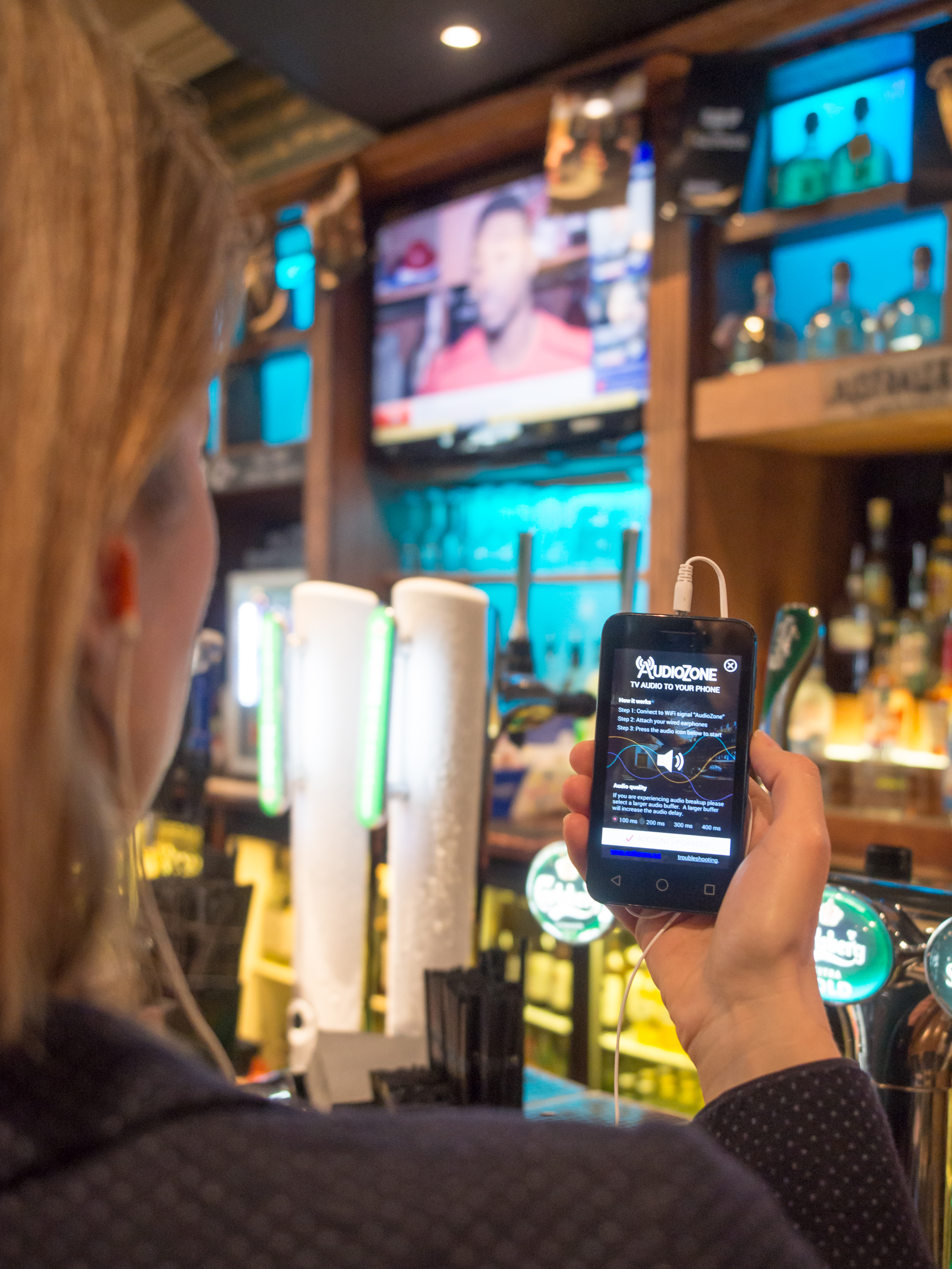 An innovative system that allows guests to listen to muted TVs on their smartphone headsets has been installed in venues around the country.  The AudioZone system consists of a hand-sized small server installed in the venue and the free app running on the customers’ phone or tablet.  Users are restricted to listening through phone headsets in order to maintain the ambience for everyone else.

AudioZone was developed for hotel bars, restaurants or airport lounges that will typically keep TV audio muted with preference given to music or silence.  Sports bars playing match commentaries on their main sound system during key event but muting TVs for the majority of their trading hours are also key customers. 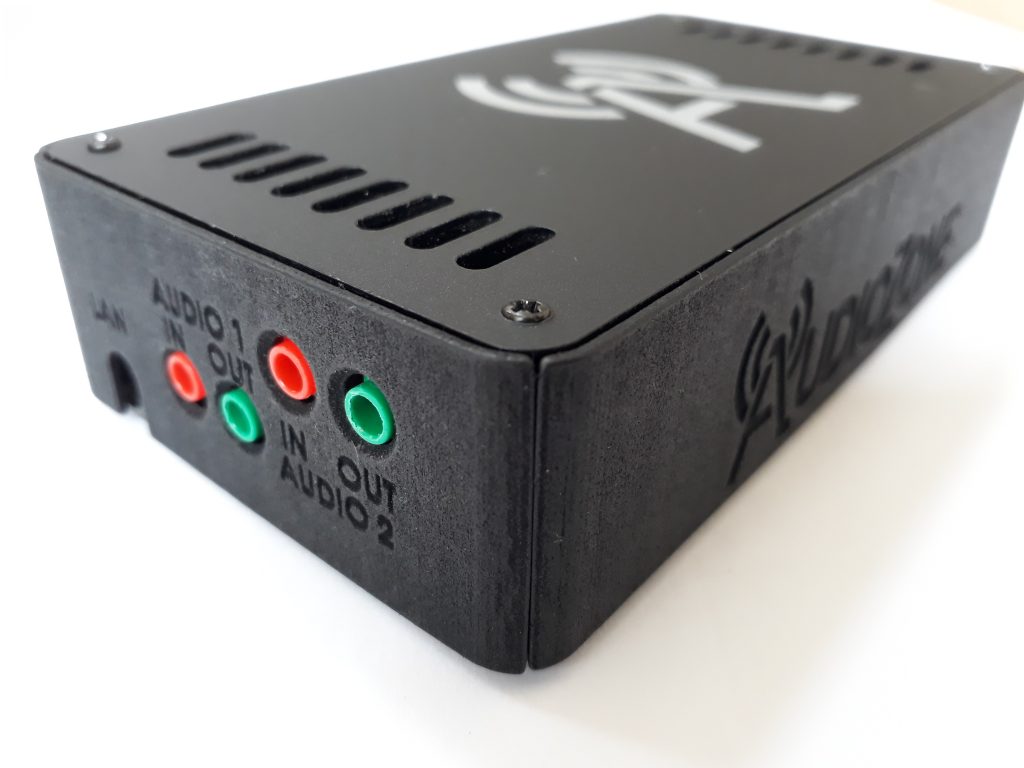 “All of these venues will frequently host customers that would prefer to be able to hear the commentary,” says AudioZone sales director Richard Konig. “Customers who ask for the TV audio to be turned up are often disappointed when told that can’t happen.  Many who would like to listen to what is on screen won’t get as far as asking. It’s about making the audio available and offering choice.”

The Slug, a London sports bar, is one of many venues that have plugged into AudioZone to help keep customers close to both the screens and the venue, says General Manager Greg Crammond. 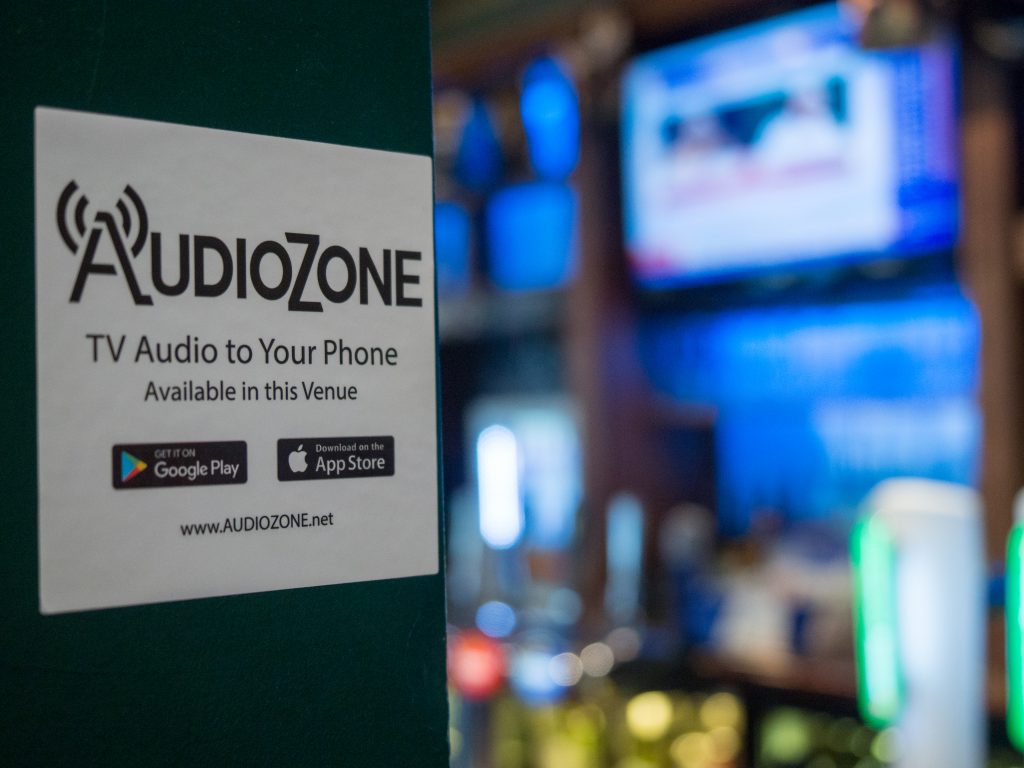 “AudioZone is great for us when we have multiple live Champions League games showing in the bar at once, during all day events like cricket and when customers ask to watch replays. We’ll be relying on it to keep our customers happy during the upcoming Ashes series,” says Crammond.

Venues that show rolling news broadcasts will also be able to switch off the disruptive and sometimes incoherent scrolling text that is superimposed over the picture once they install AudioZone.

The AudioZone server can transmit audio for multiple TV channels which the customer can then choose between on their app.  The transmission of the audio is via the integrated WiFi hotspot or the venues existing WiFi network.  The server can easily be self-installed and requires only power and an audio lead from the TV or Sky box to be operational in default mode. 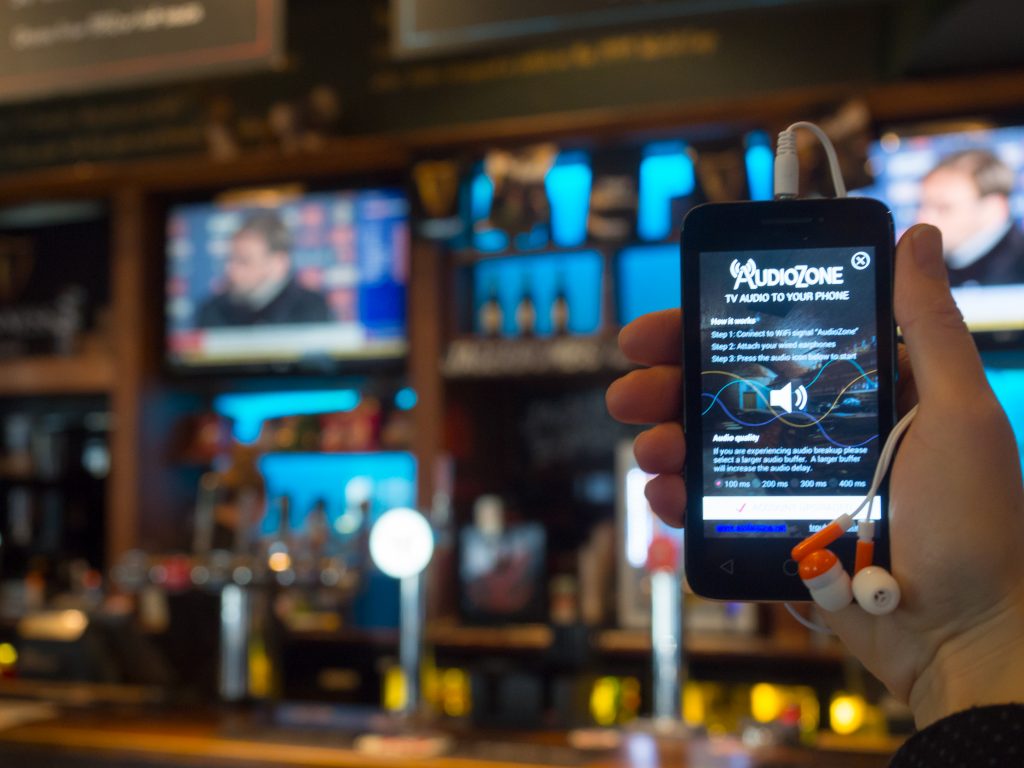 The presence of the system is promoted with supplied transparent stickers for the frames of the TVs (black font or white font versions), through a built-in Bluetooth beacon or the venues own marketing collateral.  As part of the installation package, table cards are also provided with three easy step by step instructions for users that venue staff can distribute if asked for help.

AudioZone is available online at www.audiozone.net or can be ordered through the company sales line on 0207 1758880.